Introduction to chainsaws and STIHL chainsaws 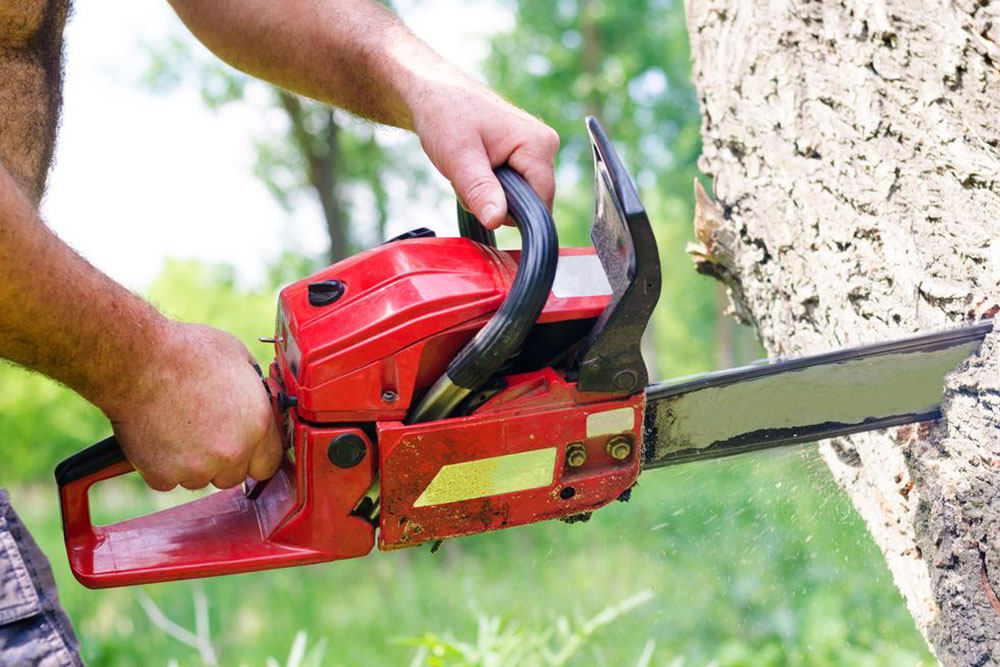 Chainsaws are portable, mechanical saws and they are generally used for felling trees, bucking, pruning, and harvesting of firewood. They have some teeth-like structures attached to the blade of the saw. Those structures are connected via a chain whose function is to rotate and slide along a guide bar. Here’s what you need to know about chainsaws.

Chainsaw variations based on power.
Gasoline-powered chainsaws are powerful and quite mobile, hence easy to handle. Available in both light-duty and professional-grade versions, the former can be used for operations that don’t involve much power. And the latter is used for heavier operations like felling trees. Electric Chainsaws are much suitable for smaller and lighter jobs like pruning and trimming. The electric chainsaws are highly preferred for household gardening purposes as they are quieter, easy to start and available as both corded and cordless. Battery-powered chainsaws are powered by batteries, and due to the batteries housed in the tool, the tool might be heavier. However, the best things about the battery-powered ones are that they are easy-to-start and quite portable.
Hence, for professional heavy-duty purpose, gasoline powered chainsaws would do justice while for light-duty gardening activities an electric chainsaw would be an intelligent choice. Battery-powered ones are heavy; hence should be considered for pruning and trimming of small branches and easy and lighter backyard jobs.

Chainsaw variations based on the reach
Traditional chainsaws come with a front and rear handle where the engine is housed and a cutting bar. These are powerful, and can be used for both heavy and light jobs. However, they have a shorter reach. Hence, to prune the limbs of trees, you will have to climb the tree and do the job. Pole Saws is one that can be mounted on an extension pole. This kind is useful when you need to prune the limbs of a short tree.

STIHL Chainsaws- Settle for the best
For many years, STIHL has remained at the top of the chart when it comes to petrol driven chainsaws. Andreas Stihl AG & Company KG or STIHL is a German chainsaw manufacturer that has its headquarters in Waiblingen, Stuttgart, Germany. It is a part of the Forestry Equipment and Landscape Maintenance Industry. Founded in 1926, STIHL is still the world’s most trusted petrol-run chainsaw brand name. STIHL is the only company in the entire world that makes its own guide bars and chains (saw chains). Apart from the variety of world-class chainsaws that this company manufactures, there are other top-class products that belong to this company like string trimmers, cultivators, pole pruners, edgers, leaf blowers, construction tools, cut-off saws, drills and protective apparel, etc. The company uses state-of-the-art technology to produce the best and most efficient products for the customers, and the STIHL Chainsaw prices make them even more desirable.

Several online eCommerce portals sell the STIHL Chainsaws, and several retail outlets are available as well. Based on your needs, you can choose the appropriate STIHL chainsaw that would serve you purpose.